While anti-wind critics have imagined scenarios to the contrary research from Spain proves that even with high penetration, wind power reduces overall carbon emissions.

The study from the Universidad Politécnica de Madrid  in Spain states

‘…the global balance of CO2 reduction is still significant…Renewable energy is capable of replacing fossil fuels and of reducing emissions dramatically.’

Anti-renewable energy critics have often cited the need to provide intermittent wind power with on-demand back-up from thermal generation plants as negating the carbon emission reducing benefits of green energy. This criticism has been proven to be (surprise, surprise) a ball of smoke by the Spanish research published in the peer reviewed journal Energy. They found that, even when everything is taken into the equation during life-cycle of a wind turbine, the carbon reductions are still ‘significant’ over traditional thermal technology. 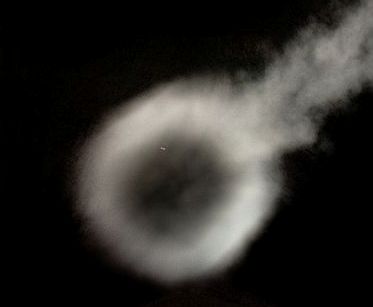 As wind generation is intermittent, there is a need for thermal generators to run continually, cycling but not generating, so that these can be brought on-grid when wind-power drops. The claim is that this need for continuous cycling is said to be a carbon emissions multiplier rather than reducer – and so clean wind power is supposedly increasing carbon emissions.

Alice back from her trip through the Looking Glass

The Spanish research is a highly significant debunking of this myth as it comes from a grid system which has a high wind penetration. Spain in winter now regularly gets 25% of its electricity from wind. This means that the  Madrid study was conducted in situations most likely to need back-up cycling from traditional systems. Spain is also where most of Europe is heading vis-a-vis wind penetration. Thankfully Alice, back from her trip through the Looking Glass, can declare that yes wind is indeed cleaner than coal.