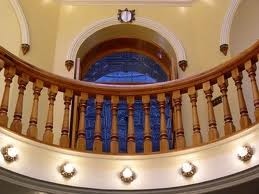 Mainstream Renewable Power has announced that it has secured a further €60 million to finance its projects in various international locations after securing an investment facility from Macquarie, an Australian based multi-national finance company,  recently involved in some controversy in Sydney.

Maquarie are said to be willing to provide €40m up front with a further €20m available to be drawn down later if needed.

While Mainsteram hopes that this backing will further its numerous energy projects throughout the world, some of this may be earmarked for the highly ambitions plans it has to establish a  multi gigawatt export-only wind farm scheme in the Irish midlands.

However, in previous announcements it was claimed that Mainstream identified a capital requirement of up to €12.5bn for this energy project to be located in the Irish Midlands. Thus the Macquarie mezzanine investment probably represents just the start of Eddie O’Connor’s Mainstreams’ raising of money from international investors to raise the required equity for his company’s plans here.

Those establishing a new renewable energy co-operative for the Midlands have suggested that by engaging with the local stakeholders, Mainstream could  acquire both some equity and public acceptance for these plans from the local community.