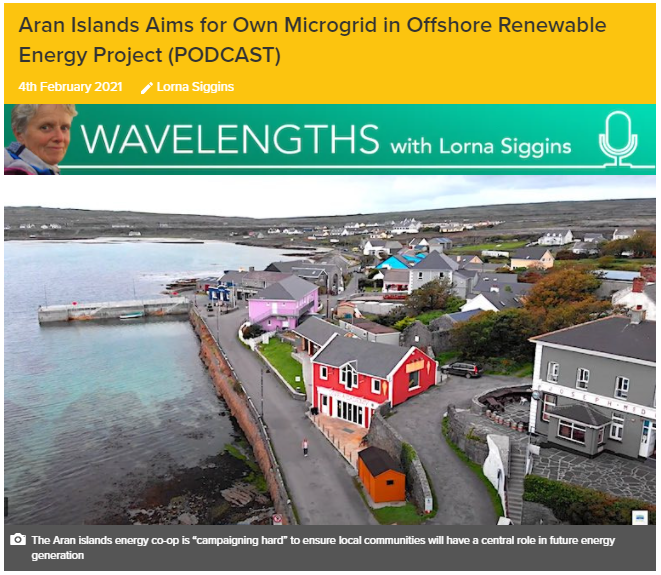 According to CFOAT, the Government’s ambitious plans for renewable energy off the Atlantic coast should involve communities as active stakeholders and not just recipients of compensation.

Dara also discussed the key role that ECI played in the establishement of this thriving irish energy co-op.