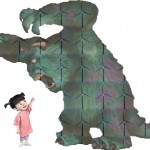 While there are genuine concerns for communities that host wind turbines, there is always a tendency for some who oppose a social or technological innovation to overstate their case – sometimes muddying the waters and sometimes straying into nonsense.

In an article on the New Scientist website (home to that other debunker of hogwash Dr Ben Goldacre) Professor Simon Chapman  (University of Sydney School of Public Health) writes an illuminating comment article on the phenomenon of Wind Turbine Syndrome WTS). The full article is available here (though NS can remove articles older than a week or so)

Chapman cites a Daily Mail article on a report/statement/piece of made-up-ery claiming that three doctors (one each in the UK, Australia and Canada) have collated ‘hundreds of such cases of Wind Turbine Syndrome’.  He found that a survey of the internet claims into WTS included ‘ “deaths, yes, many deaths”. However, he also points out that none of these have ever come to the attention of a coroner.

Chapman points out three critical problems with the WTS argument. One temporal one cultural and one economic.

Firstly, turbines operated for many years with no reported side effects until there was a rapid increase in reports of immediate ill-effects from some people living near turbines. WTS is an example of a simple ‘health scare’ phenomenon. Nobody notices anything for years (because there’s nothing to notice) and then all of a sudden a small number of people (who object to the turbines on other grounds)  can’t even bear being within a 1000m of a turbine.

Secondly, WTS is only reported in clusters, which were often contested sites for the turbines in the first place:

‘The European wind industry sees the phenomenon as largely anglophone, and even then, only in particular regions and around certain farms. Many sites have run for years without complaint. Others, legendary for their vocal opponents even before start up, are hot beds of disease claims. So if turbines were inherently noxious, why do they cut such a selective path? Why do citizens of community-owned turbines in Germany and Denmark rarely complain? Why are complaints rare in western Australia, but rife in several eastern Australian communities?’

Further, there seems to be a co-incidence of wind-turbine benefit and WTS immunity.

‘The fact that money seems to be a magic antidote to these ailments further undermines the claims. Health complaints are as rare as rocking horse excrement among turbine hosts. Complaints are rare from those financially benefiting from communal ownership arrangements.’

There has always been an attempt by some to link health problems to whatever new technology is opposed. Mobile Phone masts initially faced considerable opposition which has now largely died down. As the World Health Organisation points out, the widespread distribution of mobile masts has not resulted in any widespread health problems. Unfortunately, there has also, until now, been plenty of media time given to the health hysteria of interested parties opposed to helpful technologies, probably because scares sell.